Author of The Lost Lovelies Foundation

When I was working full bore at an executive level I dreamed about the day I would have an abundance of time. Time to do all the things I wanted to do. I fantasized over how immaculately clean my house would be and the masterpieces I would paint, the music I would play, and most important of all, the writing I would do.

END_OF_DOCUMENT_TOKEN_TO_BE_REPLACED 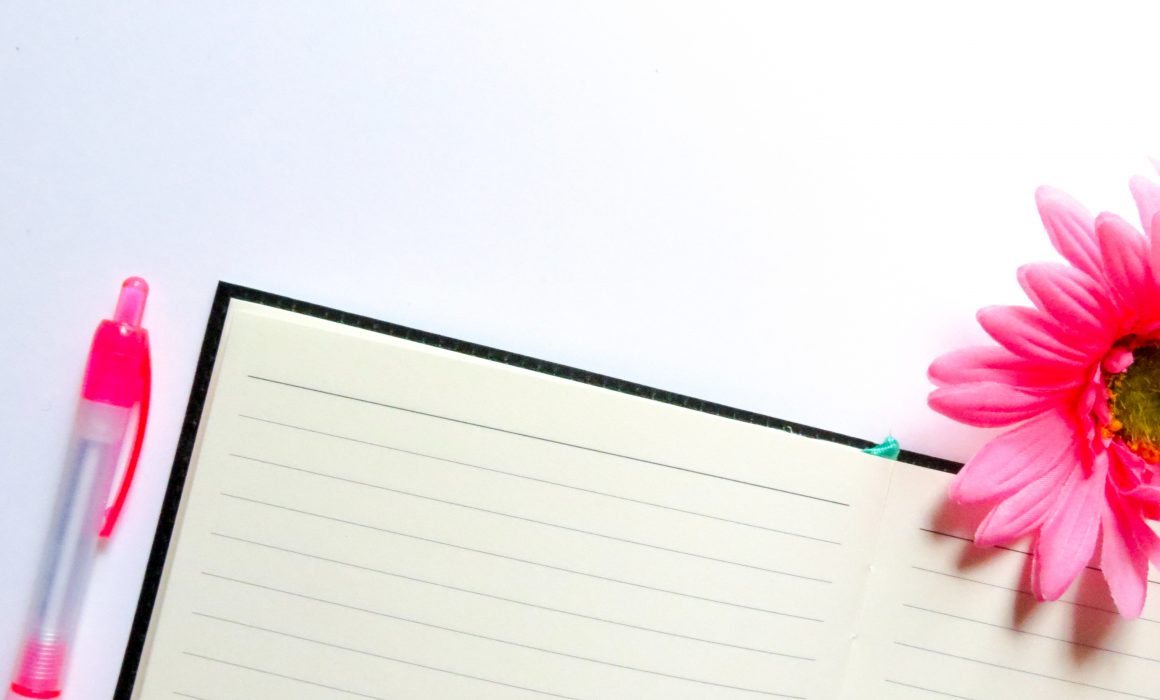 A little while back, we posted Liz’s 10 tips for overcoming writer’s block (which you can read here and here). Five months and three more lockdowns later, many writers are struggling more than ever to find inspiration for their creative endeavours. Little wonder when our brain space is taken up with anxiety and case numbers, and our worlds are confined to the 5k radius around our homes.

With springtime just around the corner, it feels like we have once again wasted half the year indoors. The seemingly endless cycle of snap-lockdowns and semi-freedom has produced a kind of writer’s block that is not easy to combat. Writers have long lamented not having the time and space to write, but now that we have all the time and space we could ever ask for, we don’t know what to do with it. We need incidental meetings with strangers, people-watching, or deep and meaningful conversations with close friends to spur on our creativity.

So if you’re struggling to put pen to paper, here are some tips to help get you writing again so you can finish that manuscript you started back in lockdown 1.0:

END_OF_DOCUMENT_TOKEN_TO_BE_REPLACED 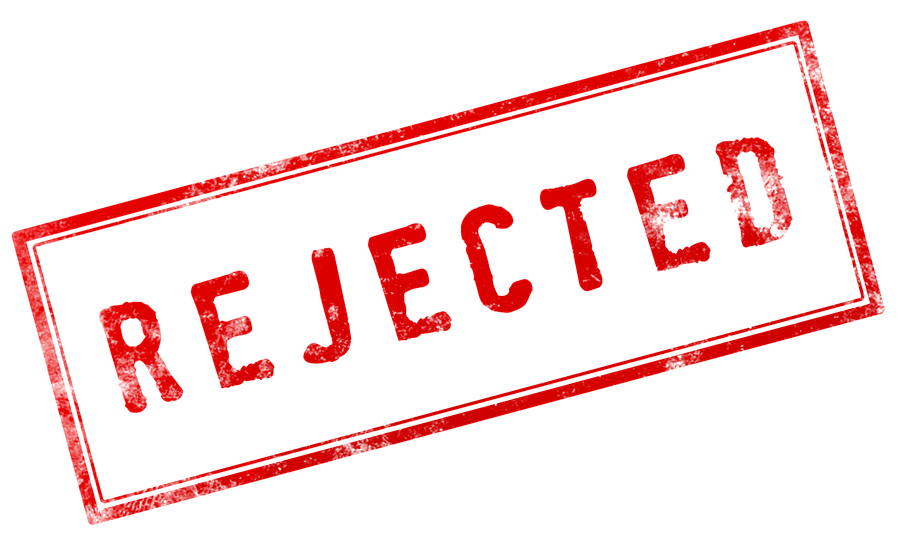 So you’ve written a book – well done! After hours upon hours of plotting, planning and fighting writer’s block, the hard part is finally over … right? Wrong. Writing a strong proposal and submitting to publishers can be a difficult task if you’ve never done it, and disheartening when you end up with a rejected manuscript. If you’re sitting there wondering why your magnum opus is being ignored, you’ve come to the right place.

Here are 5 common reasons why you may not have had that call-back from the publisher’s office:

END_OF_DOCUMENT_TOKEN_TO_BE_REPLACED 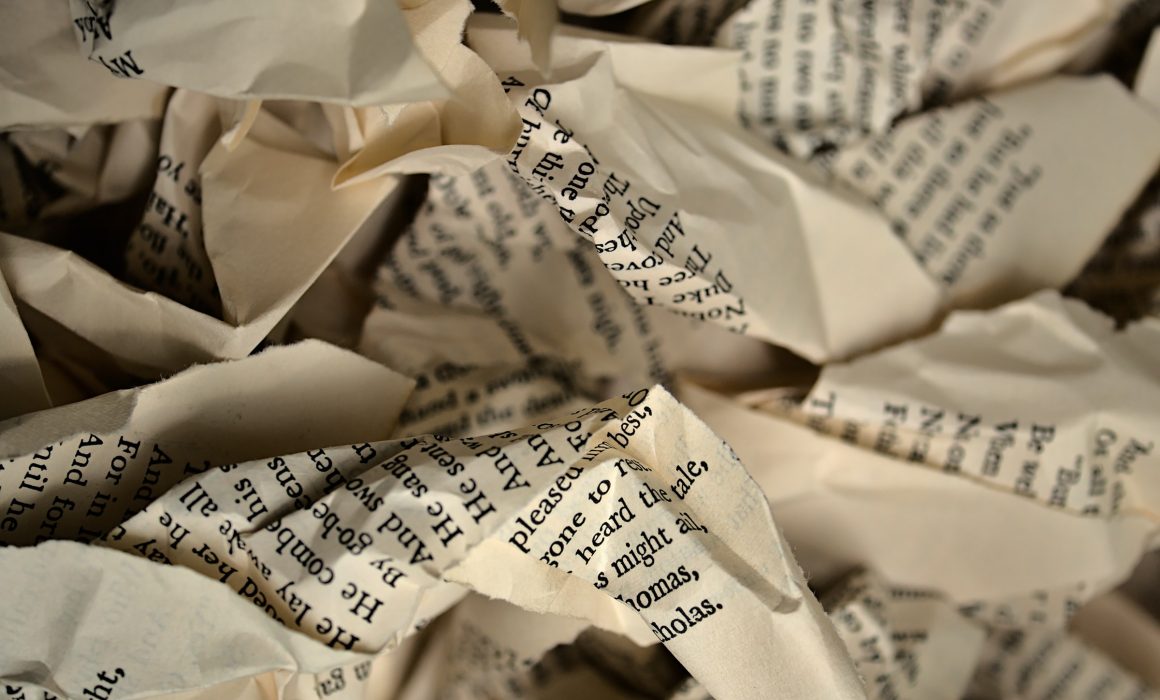 From beginners tackling their first story to the most seasoned authors, writers are constantly making mistakes, and if you’re new it can be hard to figure out what you’re doing wrong. It’s important not to let these common errors discourage you, so to help you along, here’s a list of common writing mistakes to watch out for:

END_OF_DOCUMENT_TOKEN_TO_BE_REPLACED 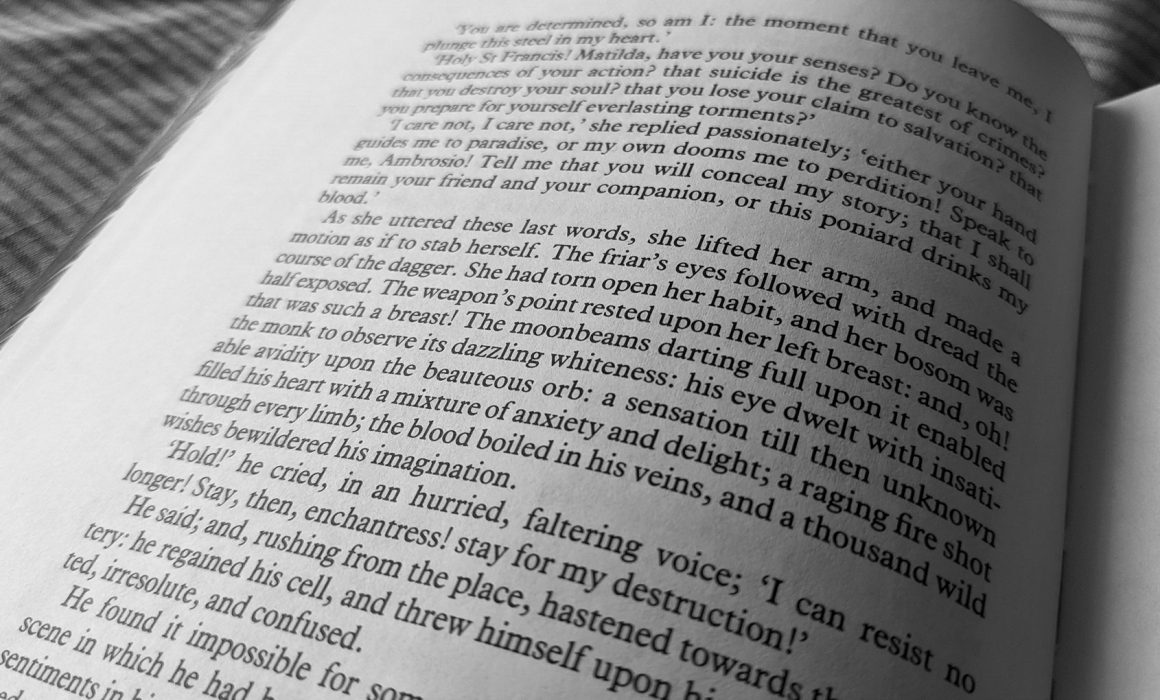 Two decades into the new millennium and men still struggle with writing women. From your classic meme style ‘she breasted boobily down the stairs’ objectification and ‘she can’t have children’ tragedy arc, to women who simply have the depth and complexity of a sea sponge, many men, it seems, struggle to figure out how to write women with the same respect and care that they give their roguishly handsome (male) main characters.

END_OF_DOCUMENT_TOKEN_TO_BE_REPLACED 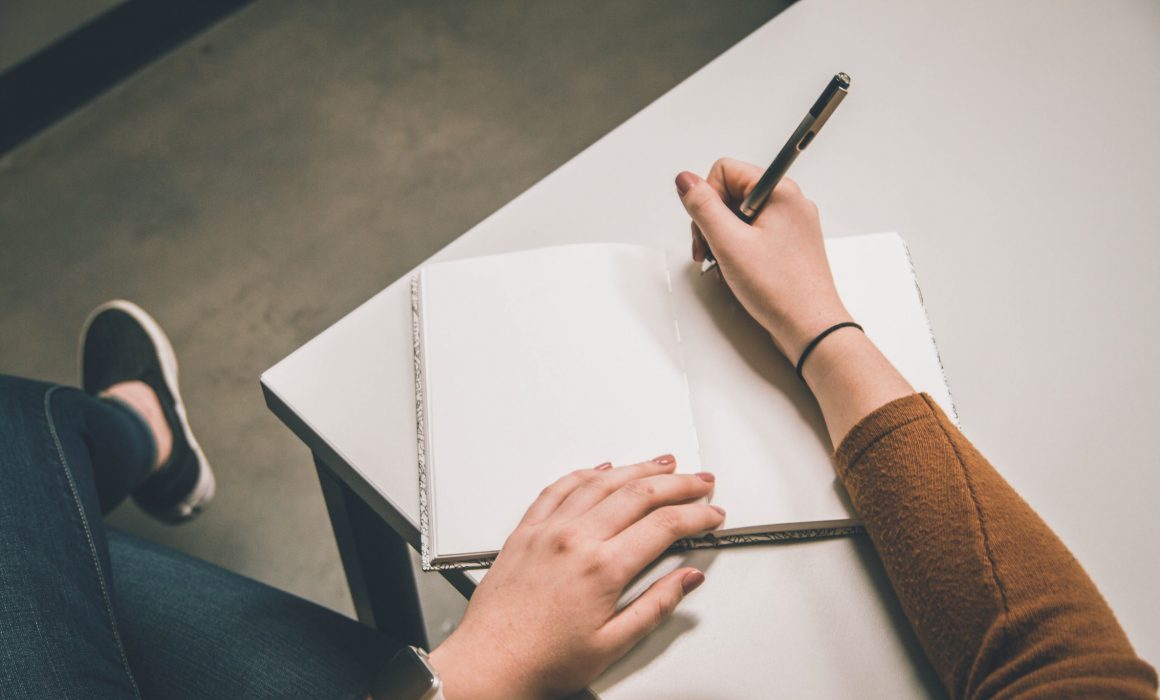 Writer’s block is the writer’s lot. It’s the bane of our existence. Even I wasn’t immune from it when writing this (the irony isn’t lost on me). But overcoming writer’s block isn’t as impossible as it may seem when in the midst of it. There’s help, and hope, to be found if you need it.

END_OF_DOCUMENT_TOKEN_TO_BE_REPLACED 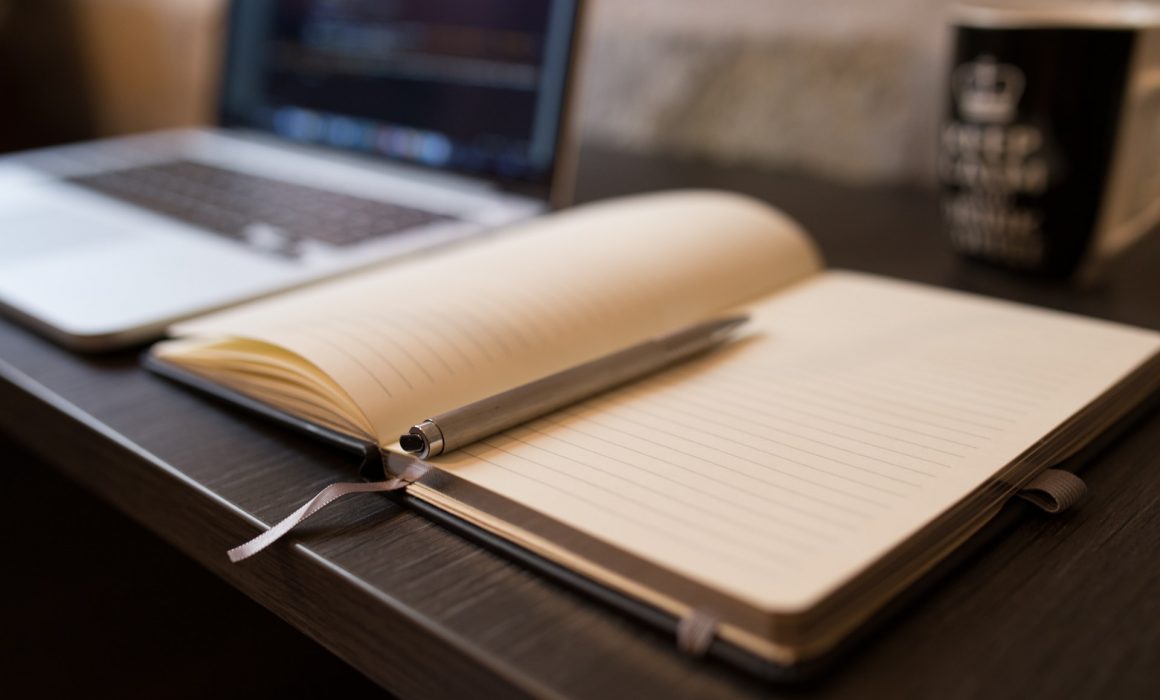 Writer’s block. Two words that cause fear in even the most established writers. Nobody is immune. You could be 70 per cent into your magnum opus and it pulls you into its clutches, and suddenly your magnus opus is more magnus hopeless. You’ll question if you’ll ever be able to write again. You’ll wonder how you ever managed to write anything before, such is the hopelessness of the dreaded, seemingly inescapable, writer’s block.

There are so many reasons to have writer’s block. It could be fear of failure, a fear that stems from the procrastinator’s best friend, perfectionism (why write at all if you’re not going to be perfect in the first go?) Perhaps you’re not writing because you fear criticism of others, too. If you haven’t noticed, fear is the running theme here. Or you could just be lacking the motivation to put one word after another. The causes are many, some requiring more introspection and healing than others. But you’re not alone. So here are some tips on overcoming writer’s block that will help you stop procrastinating!

I don’t mean go on a writer’s retreat to a cottage in the middle of the woods (but do it if you can!). I mean the obvious. Go offline. Turn off your Wi-Fi. Turn off the modem, your mobile data, and any possible link to the internet.

This is common advice for a reason – the internet is pure distraction. Whether it’s checking every notification on your phone, or constantly ‘researching’ your book, causing the people behind Google to question what a strange person you are for googling typical writer things:

The internet in all its forms is there to distract as much as it’s there to help. So turn it off.

Author Neil Gaiman knows what’s up when he gives the advice of ‘do nothing’. What? Do nothing? Isn’t writer’s block and procrastinating doing nothing already?

You’ve already googled this article, haven’t you? Or googled obscure things in the name of research? Or checked your phone notifications? Or watched an irrelevant YouTube video? You might not be writing, but you’re certainly not doing nothing.

What he means by this is that once you’ve sat down to write, you’re allowed to write, or not write. But not write and do something else like crosswords or reading a book. So if you’re not going to write, that’s fine. Sit there. Do nothing. Literally do nothing. But don’t go doing nothing by doing something else. Giving yourself those two options – do nothing or write, gives you the illusion of choice by really narrowing down the options.

3. Stop procrastinating by writing something else

Whether you’re writing a novel or a screenplay or a poem, one way to get yourself out of the writer’s block circle of hell is to write something else. It can be anything. A journal entry. A poetic version of your grocery list. A short story. It’s for your eyes only, so don’t even start thinking about an audience. The idea is to get yourself writing by writing something you’re not attached to.

When I’m stuck on writing, I turn to dream journaling. If you’re a vivid dreamer, writing down your dreams in some form of narrative is an interesting task in itself (Did my brain really think that up on its own without the aid of some kind of psychedelic?!). Not only can it get you inspired, it gets you writing. And forcing your hazy morning brain to write down your dreams before they fade away turns your brain on for the day in a way that coffee can’t.

Okay, here me out. Reading this might instil a sense of superiority and scorn. You might be questioning my taste and frankly, my authority in giving advice, if I’m advising you to write in the inbred, universally hated font known as Comic Sans. But that’s exactly why I recommend it.

In fact, at this point in writing the blog, I’ve already switched from Times New Roman to Comic Sans after being hit by a mini bout of procrastination. And you know what? I’m writing waterfalls.

Here’s my reasoning. Comic Sans, the infamous Comic Sans that has none of the grace or nobility of other fonts (imagine the shame of having your novel printed in this dastardly font!), is precisely the cure to turn off your inner critic.

By writing in this font, it lowers any sense of pride I have for my writing and allows me to just write, freely, without my inner critic going haywire. You see the words on the screen for what they are: just words. Without the embellishments and grandeur associated with good words. You might hate yourself for doing it, but trust me, give it a shot and you might find yourself writing more than you could in the more fanciful Georgia.

Which leads me on to tip number five.

While there is a difference between procrastination and writer’s block, the outcome is the same – not writing. For procrastinators who want to stop procrastinating, one way of doing that is to allow yourself to fail.

Many procrastinators are perfectionists, far more willing to write nothing than to write something badly. But if you let yourself fail at writing, at least you’re writing.

Author Dan Harmon’s advice is to change your goals from writing well to writing badly. Anybody can achieve that. So write badly. But write. Remember, in the next draft, you can make the writing good, great, amazing. But the words need to be there to do anything at all.